To use a local MySQL manager or other application to connect to a database on Webscale STRATUS, an SSH tunnel is preferred.  SSH tunnels are possible with a variety of clients. Putty and OpenSSH are used in the following examples.

Before you can connect, you need several pieces of information:

If you have the above, you can proceed.

Creating a Tunnel with PuTTY 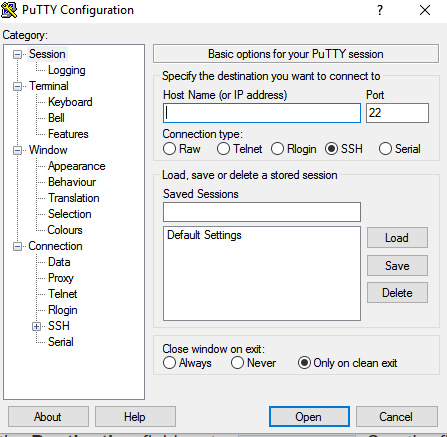 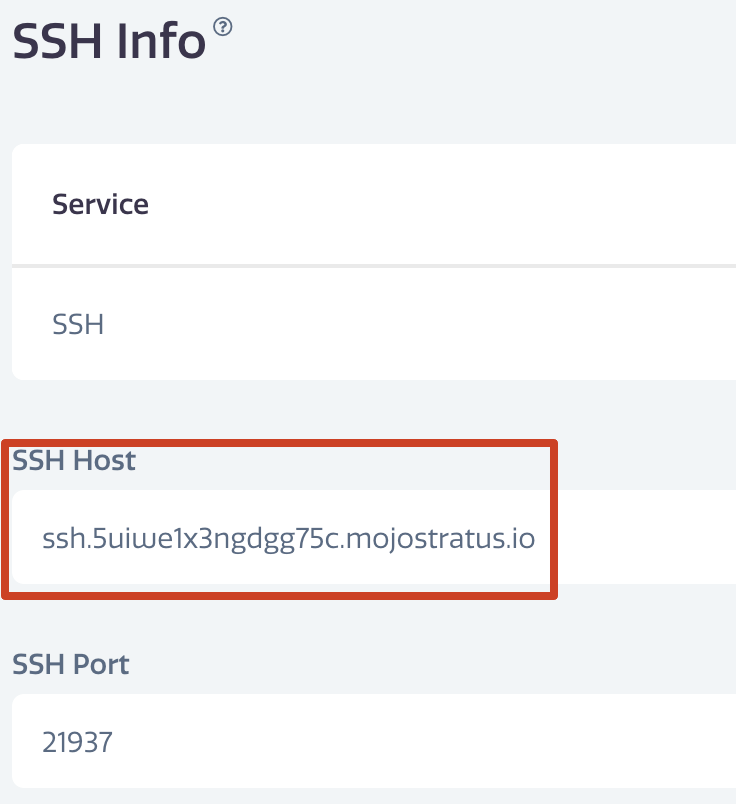 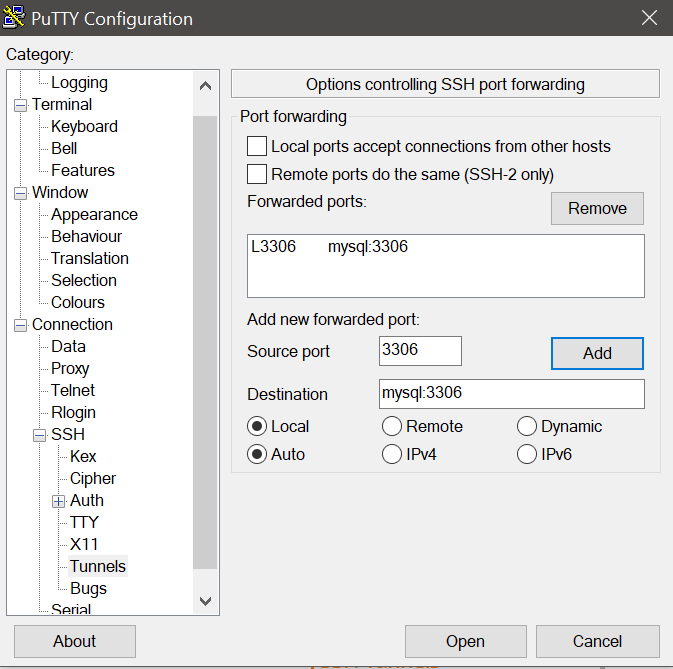 The SSH tunnel to the remote database is now open. Connect locally using a MySQL client application. Use an IP of 127.0.0.1 and port number of 3306.

Creating a Tunnel with OpenSSH

A secure tunnel to the Webscale STRATUS database can be created using one command line:

Using this format, a typical OpenSSH tunnel might be created using:

After entering this into the terminal window, enter the STRATUS SSH user password. 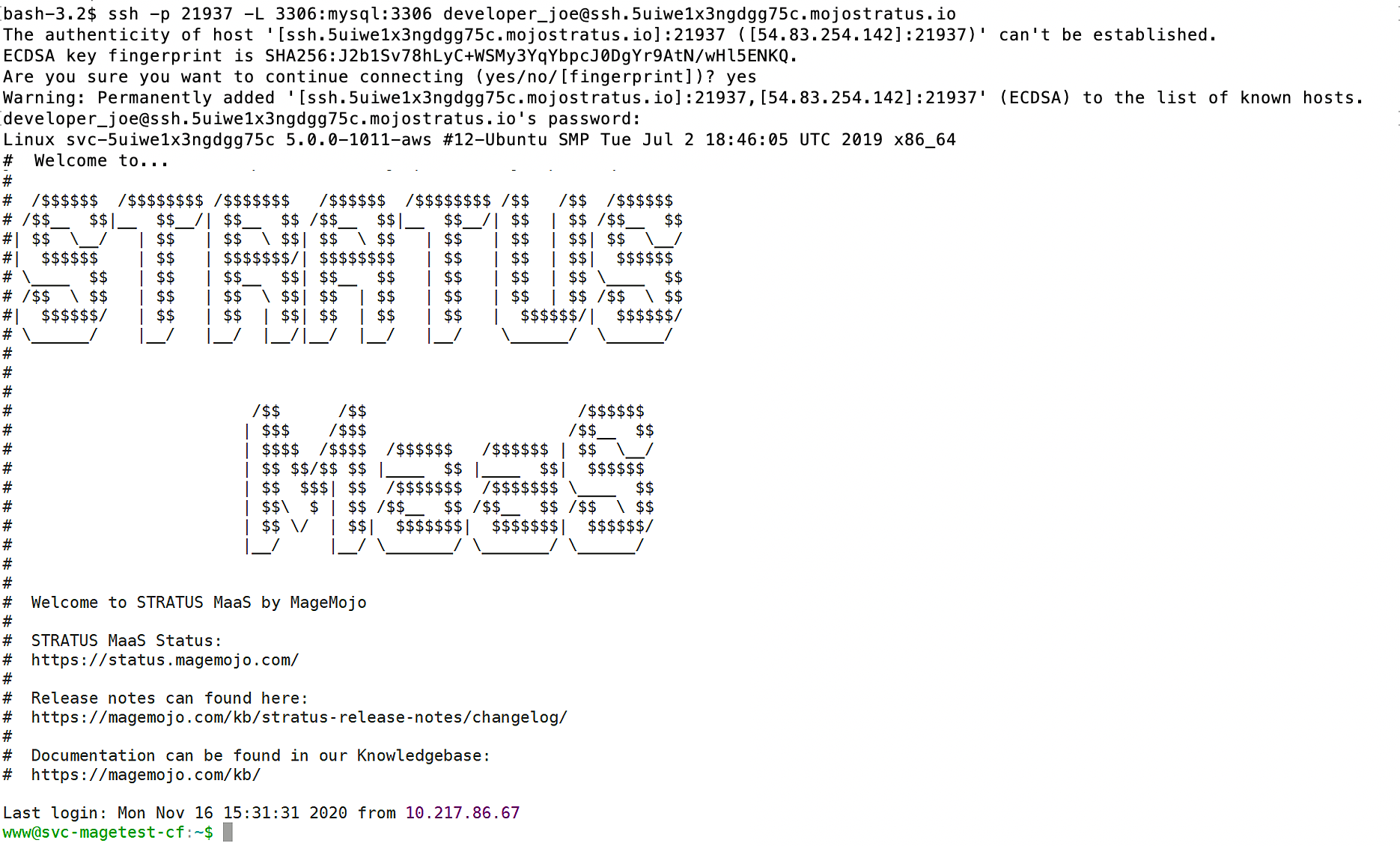 While this tunnel connection is open, open a new terminal window and connect to the Webscale STRATUS MySQL database as if it were local.

SSH tunnels have become common between Webscale STRATUS environments for the purpose of Magento1->Magento2 data migrations. A tunnel between environments is very similar to creating a tunnel with OpenSSH, except for the following:

You can obtain the outgoing/SSH IP of the environment you are on via ssh with the command curl http://ipcheck.com/

You can now access both databases on the M2 environment:

If the M2 environment is rebooted, you will need to recreate the tunnel starting at step 2 above.