The contribution day had lots in store with many familiar faces, including at least four of our friends from the community engineering group. There was also the promise of an amazing lunch personally prepared by Nacio (Ignacio Riesco). What we did not realize at first, was that we had to adjust our body clocks somewhat. Lunchtime in Spain is apparently at 2 pm!  It was certainly worth the wait! The suspense built up with the smell of spices and paella preparation wafting in from the kitchen, as well as frequent appearances by Enrique from behind a closed kitchen door. He emerged many times, bearing utensils and the like. Finally, he appeared bearing Spanish tortilla, something that looked like bitterballen and the largest empanada I have ever seen! Rioja and beer were welcome beverages indeed and we were beckoned into the kitchen for large servings of paella.

It made for a happy crowd indeed. Plates were empty in no time and a drenched, pleased Ignacio emerged from the kitchen to join us. He had worked hard and looked rather proud!

The venue for Meet Magento Spain, Goya Theatre, was a cinema with multiple theatres. Ignacio was there to meet me at registration and I was lucky enough to get the royal tour. It was impressive indeed! Not only were there massive screens, but also inset video for those sitting at a distance from the front row. The front row was almost too close!

This was the 5th Meet Magento Spain in Madrid, hosted by Interactiv4. Madrid is the business hub of Spain and the marketplace was buzzing with both sponsors and guests. Interactiv4 had a large team assisting with the event and it was great to meet them all.

I received a warm welcome as a speaker at the event and was handed a thoughtful gift. I made my way to the room I would be speaking in, to review the layout and stage setup. I was delighted that there would be fourconsecutive talks in English, all of which I wanted to attend. My talk was preceded by Victoria Yashchuk of Atwix. I was sure this would draw a crowd who I hoped would be interested in my talk as well. Victoria’s talk was excellent and entertaining and she was assisted by raccoons...guess you will have to watch the videos! It was a wonderful environment and I felt confident. The audience was incredibly interactive and I found myself feeding off it. Next up was Antonija Tadic and Valentin Radu. These were great talks as was Max Yekaterynenko's talk earlier that day with respect to Magento Community Engineering. I was especially interested in the rise in pull requests and community code contributions. The best part of the afternoon of talks was all 4 of us supporting each other. This was one of the most rewarding speaking sessions ever due to the support of other speakers in the room and the audience interaction. I was relieved that they appreciated my sense of humor!

At Meet Magento Romania just a month before I met someone brand new to our community. It was great to talk with her and share experiences. I was really glad to meet her and help with her orientation. I filled her in on various industry events and responded to questions. It was really rewarding that she attended both MLEU19 and MM19ES after hearing about it from me. She was grateful and it was amazing to hear about her experience as a first time attendee. It is always great to see new industries join the community and to attempt to be helpful.

The closing session of the day included an Interactiv4 team picture which gave us a chance to thank the team who had worked so hard.

Our reward after two amazing days was kart racing at the afterparty! We impatiently sat through the mandatory safety presentation and could not wait to get out on the race track. I was delighted to not finish last in my group :) but it would have been fun regardless!

We ended the evening with of course, the after-after party and great conversation. I look forward to MM20ES and perhaps doin g a little better than "not last" at karting! :D

Best Magento
Hosting
or We Pay You!
Get your server today! 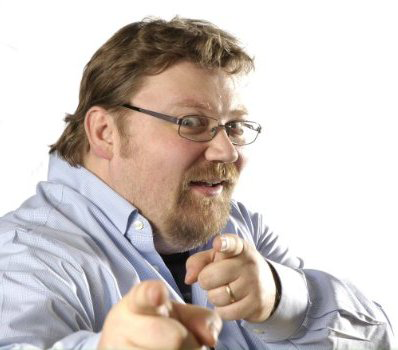 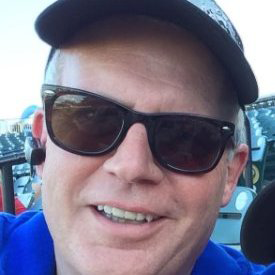